The Best Naked Dress Trend Looks Of All Time

Ah, the naked dress!! Something that has been taking over the internet for quite some time now, it’s every celebrities favorite type of dress. Kate Moss, Rihanna, and Marilyn Monroe are amongst many that are known to have worn several naked dresses over the years and they have a huge hand in keeping this trend going. It’s one of those dresses that will show off not one of their assets but all of their bodies. Marilyn Monroe sang Happy Birthday to President John F. Kennedy long time back wearing a naked dress with stones embroidered all over it. The trend is all about strategically placed embroidery over the mesh! Today we are going to talk about the world’s most fearless celebs in all their body showing gowns.

Some would say the name of the naked dress also came from the famous conversation between Carrie and Miranda from Sex and The City. Where Carrie wore a skin-colored DKNY slip dress for her first date with Mr.Big and called it the “naked dress”. To this Miranda said “She’s not gonna have sex. She’s just gonna look like sex,”. “That’s right. I’m just the trailer,” and just like this, the huge trend had a name.

Kim Kardashian is another popular celebrity known to wear a lot of sheer clothes along with owning the #NippleFreeTrend that was huge last year. Learn more about this trend that was linked to equality in more detail here:

Women Without Bra – The Braless and Nipple Free Trend

Recently, Kim Kardashian made headlines when she was on her way to Calabasas eatery Shibuya Sushi in a Helmut Lang dress with beige, mid-rise underwear beneath it. We know the color of her underwear because it was just that sheer meaning – a naked dress. The dress was pretty much just transparent plastic, under which she wore a pair of silk panties and no bra. She topped the look with a very strategically placed Jil Sander coat. On her feet? None other than clear plastic Yeezy stiletto mules. We’ve seen other plastic fashion popping up lately in the form of jeans, which the Internet has not been amused by. The most talked about ones were from Topshop.

Let’s just clarify exactly what we call a true naked dress? It’s not just because it is the color of your skin or super revealing, it’s a style statement that just hints the illusion of nakedness. A naked dress is a combination of sexy and fashionable both making it a trend that is not ready to slow down at all. One of many fashionista’s favorite naked dress in history would have to be the metallic sheer slip dress on Kate Moss in 1993 when she attended the Elite Model agency party in London.

Coming to the glamorous red carpet, where naked dresses have walked down several of them. It’s one of the most famous types of dresses to wear on the red carpet now, however, it’s not for everyone. This type of dress doesn’t always make it the best-dressed list but that’s ok because it still gets a lot of attention. In order to be able to wear it, you need to have the guts to risk a wardrobe malfunction and be able to pull it off with confidence on your face and not look terrified in your photos. Rihanna rocked her completely sheer dress without a bra at the CFDA and she’s the kind of celebrity that has a lot of confidence. She even once said that she regrets the fact that she didn’t wear embroidered thongs that matched her dress, now who does that? Rihanna’s crystal-embellished gown at the CFDAs will go down in history as one of the most head-turning red carpet looks.

The Met Gala 2015, in particular, was very famous for the naked dress as we got to see 3 of Hollywood A-list celebrities in them. Jennifer Lopez in her custom Atelier Versace illusion gown, Beyonce in her nearly naked Givenchy and finally Kim Kardashian West in her Roberto Cavalli dress.

Bella Hadid is another one of those celebrities that keeps making headlines in her sheer dresses, the one we love the most was her look from the amfAR Gala at Cannes 2017. She wore a one-shoulder dress with a bejeweled bodice and a dramatic train. She looked like a goddess! Another head turning dress Bella Hadid wore was at the 69th annual Cannes Film Festival where the slit on her dress went all the way to the top of her hip.

To name a few more of our favorite naked dresses over time, there was Gwyneth Paltrow who wore a sheer dress to the 2013 premiere of Iron Man 3. Belle Thorne wore a gown to the Critics’ Choice Awards where we wonder what would have happened is someone stepped on the train! Ashley Graham has become everyone’s favorite and is such an inspiration to many women out there, here MTV Video Music Awards looks was an amazing advertisement for her killer bra and panty set. She looked so stylish and confident in her skin! Ciara was added to this big list of famous celebrities who have worn naked dresses at the 2016 Grammy Awards, where her entire leg was freed from her dress.

Check out the full gallery below to see some of the most famous naked dresses through several years.

The Best Naked Dress Trend Looks Of All Time

Article Name
The Best Naked Dress Trend Looks Of All Time
Description
Famous women who wore the naked dress trend in the most amazing way over the years and why this trend will never die.
Author
Mansi Tuli
Publisher Name
Posherry
Publisher Logo 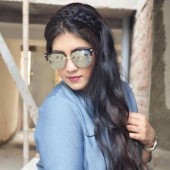 The Solution To Your Foundation Finder: Custom Made Foundation